What is RTP and House Edge in Online Casinos? If you’ve ever played any online casino games or even at any land-based casinos for that matter, I’m sure you must have come across “RTP” often. The same applies for the term “House Edge.” But they are something that are confused or misunderstood. So, today, I’m going to explain in detail as to what is RTP and House Edge, and why these terms are important for you to calculate while playing.

RTP (Return to Player) signifies how much total bet amount on a casino game will be paid back to a player over a certain period. This amount is usually expressed in percentage, which means the greater the percentage, the higher the chances of winning that game.

Based on the average value of all the games’ accrued RTP percentages, every game has its own RTP (shown in %) and so does every casino that operates online.

How does RTP work?

First, understand that RTP (Return to Player) is a theoretical statistical calculation and you shouldn’t take this as the gospel. Therefore, it doesn’t apply to vast random wins or long streaks of losses for instance.

RTP will only indicate a game’s average estimation. Think of it as the other side of the House Edge. Let’s say, you know that the house’s advantage for a specific game is 5%, theoretically, the RTP will be 95% (100-5%).

So, if the RTP is 100%, this means that you have equal possibilities of winning a game as the casino.

And if the RTP exceeds 100%, it is a clear sign that the casino is running at a loss for that particular game for a given period. Theoretically, the greater the RTP, the better the payouts. But this isn’t necessarily true all the time because of a factor known as variance.

As a general thumb rule, I would recommend you to avoid playing slot games that have an RTP of less than 96%.

How is RTP calculated for a casino game?

Here’s the formula to calculate RTP for any casino game:

Note: When it comes to table games, the bet amount isn’t calculated in the return. It’s only the net amount that’s won. However, for video poker and slots returns, the actual bet is forfeited after it’s made. So, the amount that’s returned to you is the amount won, which is solely based on two things:

The answer is both yes and no.

As I said earlier, RTP percentages are just a theoretical statistical calculation and will never tell you if or when you’ll win. So, they shouldn’t be taken literally. They illustrate trustworthiness only to a certain level. And since the rates between the casinos vary, RTP empowers you to pick casinos, which offer the best value. What is House Edge?

The house edge is otherwise known as the casino advantage and is usually expressed in percentage of the actual bet.

A house edge tells you 2 things:

Whether it is a land-based casino or online, this term is something that you’ll find on any table games, slots, or lotto.

So, don’t be surprised if a casino already has in-built advantages on its game collection. Casinos play the lucky part, as the probabilities are already set in their favor. This in-built perk is called HE (House Edge). Smart right?

In simple words, it’s the percentage of your bet that a casino holds as a profit for a long term.

Say, for instance, in a game like roulette, the house edge is around 5%, which means that for each dollar that you bet, the casino holds 5¢ as a profit margin on average and gives back the remaining 95¢ to you as winnings.

If you bet just $1 and only once, undoubtedly, you aren’t going to get back 95¢ exactly—you’ll either lose the entire $1 or win more than $1.

However, that’s not the point now. The point is to understand what the loss of the house edge is on average.

If all the roulette devotees collectively gamble about $1 million in a casino on a Saturday night, the casino estimates to pay back about $950,000 as winnings and keeps about $50,000 as its profit.

So, the casino wins and makes good money in the long run. But only the house edge can tell you how much a casino will win on average. This means the longer you play a casino game, the closer your losses will reach the house edge.

Let me explain this to you with a small example. Assume that you’re playing a game of American roulette, which usually has a house edge of 5.26%. 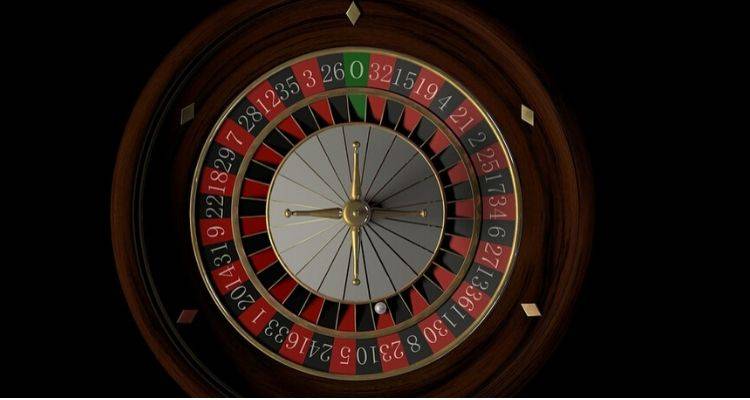 So, the 1st time you place a bet, this is what happens:

This is what happens the 2nd time:

This is what happens the 3rd time:

This is what happens the 4th time:

And this goes on…

From the above tables, you would have noticed that between 1 and 100 times, anything can happen. Who knows you may even be 100 rounds ahead? But the more you play, the more likely you’re to lose.

Now, let’s look at the house edge of a game of Roulette, where there are:

If you bet on red, then you’ll have a possibility of 18/38 to win. And if the casino you’re playing at pays off fair odds, they would give you the inverse, which is:

Therefore, a fair payout on the winning bet will be:

One of the best things about the house edge is that you can use it as a guide to learn which games are highly profitable.

On average, games with higher house edge will pay less over time than the ones with low house edge.

The casino advantage comes with the gaming product themselves. Hence, are not set by the individual casinos. Therefore, no matter what casino game you choose to bet on, the reality is that you escape the house edge.

Here is a list of house edge of some of the most popular casino games:

So you might wonder, if RTP is what a player wins and the House Edge is what an online casino makes in the long run, you, as a player, should obviously win right?

Well, even though the house edge for most casino games is mostly about 5% or less, they are developed in favour of the house. That’s where the saying of “the house always wins” comes from. However, there are many tricks you can use to win against the house edge.